Our law book lays down certain fundamental rights, duties and principles which are made for its citizens and we abide by them, well most of the time. International Law: 5 Reasons Why Every Aspiring Lawyer Should Go For This Course 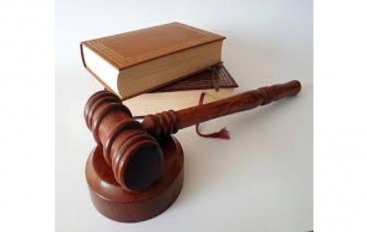 3 Parameters To Consider While Choosing Your Law Specialization Law Should Be Made For Spending 6% Of GDP On Education: Sisodia

When we hear the word law, the first emotion felt, is that of fear which subsequently leads to rebelling against that emotion and as a result, breaking the law which comes as a surprise when the sole purpose behind this same word, is to protect its people. To safeguard their rights. Then why, in a country which is the world's largest democracy, laws made by the people, seen more as a curse than the blessing it was originally chalked out to be?

They say there is a rule in the jungle - survival of the fittest and through evolution, humankind has adopted to the same rule to conquer and establish dominance but with the constant evolve we have experienced, a structured and a balanced rule of law has been the way forward, bringing 'pen is mightier than the sword', come alive. This structured framework has since its inception, attempted to secure our overall protection and safeguard our rights against any abuse and to an extent, has but as we spoke about the emotion felt, its work is far from over.

Being a part of the world's largest democracy, we are living in the fortunate bubble of life and we have this word we fear to be thankful for. One can only imagine the plight of those who are not so fortunate and a crime committed or law broken, leads directly to an end of the defaulters' existence. Thankful to an extent that when the financial capital was under a kind of threat no one had imagined, with its citizens wanting nothing but the end for these perpetrators, our law gave the sole survivor a right to defend. While we fumed, the lesson learnt is if a country with a rule of law such as this can give an opportunity to a clear war attempt, there is no limit to how much it can protect its own citizens. The real question then is, why the fear and subsequent violation of law?

It is realised that while your idea may be exceptional, it all boils down to execution. With our laws as well, while it may look to protect and it does but there are loopholes which prevent it from reaching its goal. There is one difference though if we look at business and law. The former takes full responsibility for its failure but with law, its citizens share responsibility because we dwell on the idea of breaking it whether its as simple as jumping a light or at times, the same simple violation can end up taking away another citizen's fundamental right.

Our law book lays down certain fundamental rights, duties and principles which are made for its citizens and we abide by them, well most of the time. It is this lack of judgement which has resulted in a number of cases, beyond count, awaiting their judgement. We are all prone to the consequences of such actions, the degree of violation may vary based on the levels we are in life but as the law says, we are all equal before it. While our lawmakers did what they could and are still trying to make it a better place, it does come down to us. We the Citizens have to make a conscious effort, to begin with before it becomes a habit to not fear the law but to see it as your best friend, available 24 hours and to truly make this fortunate bubble a reality.