The Transgender Resource Centre (TRC) at DU, constituted last year to facilitate admissions and provide educational counselling to transgender applicants, said it has written to the CBSE seeking an appointment to discuss the matter. 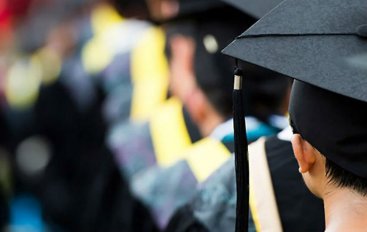 New Delhi Officials the Central Board of Secondary Education (CBSE) on Wednesday said they are waiting for government’s input on helping transgender students change their gender and name in educational records.

“The government should formulate rules on this since we feel we do not have authority on the matter. We have constituted a committee of experts that will look into the options of correction of names and other details,” Sanyam Bhardwaj, CBSE exam controller, said.

In February, responding to a petition filed by a transgender student seeking to change their gender and name on the records, the Delhi High Court had directed the Delhi University (DU) and the CBSE to work out a way to help the student. “We are respectful about the order and since this has been a fairly recent development, our committee is looking into the matter so that when the government asks for our input, we are ready with it,” Bhardwaj added.

The Transgender Resource Centre (TRC) at DU, constituted last year to facilitate admissions and provide educational counselling to transgender applicants, said it has written to the CBSE seeking an appointment to discuss the matter.

Calling the HC directive a historic step in resolving the problems faced by the transgender community, TRC, in its letter, said, “We request you to facilitate change of names in order to ensure their admission and resolve the practical problems.”

Although DU had introduced the third gender category in its admission forms in 2015, no transgender student has enrolled for a regular course so far.

Activists said that besides the lack of sensitisation, awareness and gender-neutral washrooms on campuses, the issue of documentation is a major cause why transgender students refrain from joining regular courses. “Transgender students prefer studying in open schools as they don’t get a proper environment in these regular universities,” said Amrita Sarkar, a transgender activist, who works with NGO Saathii.

In order to identify oneself as a transgender and invoke rights under the Transgender Persons (Protection of Rights) Bill, 2016, passed by the Lok Sabha last year, the person must obtain a certificate of identity granted by the district magistrate, on the recommendation of a screening committee, as proof of recognition.