The two-day virtual event aims to garner the attention of students with a keen interest in Gaming, Visual and Graphics Designing, UI/UX and digital design. 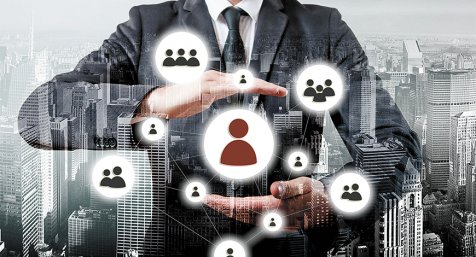 Ecole Intuit Lab, a French Institute of Design, Digital and Strategy and Techno India University, West Bengal is holding a two-day virtual event, ‘Design Your New Age Career’ to educate students on emerging career opportunities in Design, Art and Gaming. The virtual event will be held on 16th and 17th July from 11 am to 1:15 pm IST. It will consist of live scribing sessions, intriguing panel discussions and interactive digital activities. It is expected to draw more than 1000 attendees from across India, especially from Kolkata, West Bengal. Other than interacting with experts in the industry, attendees also hold a chance to avail of academic scholarships and win prizes at various contests held during the event.

Spread over two days, the event will feature two-panel discussions. Trending Careers in 2030 will address the professions that will gain prominence in the future. Shandar Junaid from Adobe and Rahul Bhattacharya from The Black Yellow Crow will be joining the panel. The second discussion, ‘The Gender Switch’, is aimed to start a conversation on the inclusion of gender fluidity in gaming. With Shiben Bhattacharjee, Game Director at 88 Pictures, joining as a guest speaker, the discussion will explore the impact of increasing gender diversity among game designers.

Francis Goeltner, Associate Art Director, Ubisoft, will be addressing a discussion on ‘Art Roles in Game Design’ accompanied by live scribing. Fawaz Dalvi of Vice Media will conduct the portfolio review, providing students with valuable insight on skills that will be in demand in the future. Winners of the contests and treasure hunts will be announced on the concluding day of the event.

The event will be preceded by two main digital contests, revolving around memes and gender fluidity. ‘The Meme Challenge’ taps into the rising trend of viral content through design art. Contestants have to create a meme based on an image that the institute has uploaded on its social media pages. For ‘The Gender Switch’ contest, participants have to create a gender variant (binary/non-binary) alternative of Super Mario, a hugely popular gaming character. They then have to submit their entries to École Intuit Lab prior to the event.