Indian students can now look at Estonia in EU as a new hub to get an international qualification. Planning To Study Abroad? Five Exams You Need To Know About 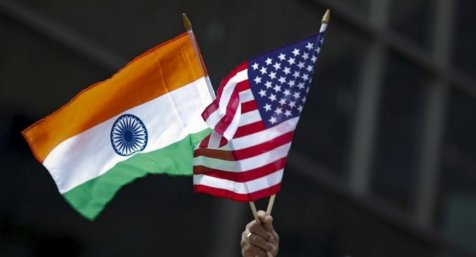 Estonia is the middle of everywhere; 1 hour from Stockholm, 30 minutes from Helsinki, 30 minutes to St. Petersburg and Minsk, it’s is uniquely situated geographically making it a melting pot of cultures. Tallin, is an ideal university town. Largely english speaking, incredibly safe with a population of only 1.3 million. A majority of Estonia - almost 70% - is largely forest so the enchanting old town and all the universities are within a small radius. All public transport is free. And during winters - the only thing you need to get used to! - you’re likely to be indoors as it is.

What makes Estonia truly remarkable is that it is a digital society; all government services are online - legislation, voting, education, justice, health care, banking, taxes, policing - everything is digitally linked across one platform, wiring up the nation. Today, citizens can vote from their laptops and challenge parking tickets from home. This also means there is free wi-fi everywhere, job applications are done online and interviews are done through Skype!

In 2014, the government launched a digital “residency” program, which allows logged-in foreigners to partake by setting up a company for example without physically being there. Estonia has the lowest business-tax rates in the EU. You can tap into Estonia’s digital services from wherever you are, making it easy to get a loan, set up a company. In fact startups in Estonia are formed sometimes with 24 hours - even faster than Singapore. Many tech companies like Transferwise, Pipedrive, CrabCAD have their offices in Estonia and can’t keep up with the need for talent. Over the last 5 years expats living and working in Estonia have doubled and a majority of the jobs are at the mid level in the tech space.

There are over a 160 unique degree courses. Startup Entrepreneurship, Cyber Security Engineering, E-Governance Technology are some examples. Students are drawn by the fact that Estonian universities allow you to study and work at the same time - with no limit on the hours you work. So students could be studying 4-5 hours a day and working after that. Prabhu Kumar, 22, from Bangalore is doing his second Bachelors in software development and works as a customer relationship manager at one of the big unicorns - Transferwise. He decided to switch courses because he sees job opportunities in Estonia in the software space.

As Estonia also has a strong start-up culture, students and graduates are encouraged to create their own start-up/spin-off companies. there are several organisations offering students funding and possibilities to start focusing on their career and new ideas in the middle of the studies. Rahul Bhola, 29, from Kanpur is studying and working as a design engineer at ABB and also working on his nano satellite design at the Mektroniks lab, an incubator at the university of Tallin He says if graduate and already working easier process to getting the 5 year temporary residency.

All non-EU students can also stay to Estonia for additional 6 months after their graduation (with the permission of the university) to look for a job in Estonia. Upon finding a job after graduation, they can use this time to apply for a temporary residence permit for work.There are other added benefits as well - you can easily bring your spouse over, h/she can work, and kids education is complete free. From a business standpoint, remember Estonia is a gateway to the EU as well. Most of the students we met didn’t seem to want to leave. Dipti Kotwal, 33, studying masters in english semiotics at the university of tartu says she fell in live with the quaint town (2 hours from Tallin and a student town not unlike Pune). She is currently writing her thesis and spends her spare time trekking and berry picking.