For Executive Education Program, IIM Ahmedabad Is The Most Preferred Institution

According to the same Financial Times ranking, it is on 57th Rank in the world 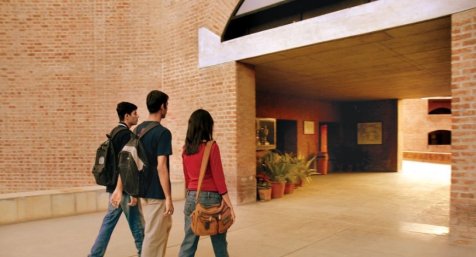 The Financial Times has continued the ranking of educational institutions across the world under its Executive Education Program for the fifth consecutive year. IIM Ahmedabad is the first place in India. IIM-A is ranked 57th in the world, which has climbed 6 places above last year. This information was given by IIM director Errol D'Souza.

Each year, 6000 companies in IIM Ahmedabad come for professional training. In total, more than 400 programs are running in this institute.

The Indian Institute of Management, Ahmedabad (IIMA) was established in 1961 with the aim of preparing the Trends Management Practitioner, who can lead and manage the Indian Industry. In its 57-year history, the institute has trained over 15,000 graduates and more than 30,000 people in different areas of management, such as finance, marketing, strategies, leadership.

The Indian Institute of Management Ahmedabad in past was ranked as the best management school in the country. In 2016, ranked IIM-A which has a rich legacy as an institution of excellence, was ranked as the second best by the NIRF. In 2017, the institute regained its top spot as the best B-school and it seems that 2018 ranking has cemented its position as the best IIM.