Growth Drivers That Will Reset Coaching 2.0 For Test-Prep Edtech 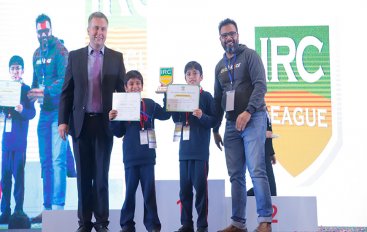 The two sectors where India has been well developed in its journey since its independence are democracy and education. These factors are critical for success in the modern age. Education is evolving at an accelerated rate with Edtech companies entering the game to provide opportunities for students and teachers alike. Test Prep Edtech has especially taken off with competition among university and job aspirants increasing over time. In a vast nation such as India, even Edtech are in competition with each other. Enlisted below are the five solid growth enablers for any EdTech venture or company over this decade. Two of those are macro, while three are micro-enablers.

India will have the highest and continuously growing learner population for the next 30 years. Education is highly valued in society as it is an indication of economic success and social status. The propensity to put education spend as number one in the family discretionary spending is only going to go up as the Indian economy gathers greater mass and moves from $3 trillion to $6 trillion.

Over the past five years, the policy reforms, investments to create greater capacities, and budget allocations have shown tremendous forward movement. These are acting as strong and natural demand creators as well as for awareness creation at the grassroots levels. EdTech companies should be able to leverage these cultural aspects along with the policies in order to lower customer acquisition costs.

India is now synonymous with a high-quality and affordable higher education destination globally.  Our super successful diaspora has accomplished that whatever they have achieved due to education is not lost on a common man on the streets of San Francisco or London, or Tokyo.  Policymakers have been talking about making India a global education hub.  A hundred mega-campuses in India across technology, law, management, design, fashion, and so on will soon be hosting over 400,000 foreign students from across the globe.  This will naturally take the Indian entrance exams, boards, services to diverse geographies just as it happened with GRE, GMAT, and SAT over the past four decades. A decade from now, many of these invisible movements will be seen as tectonic shifts.

Education is the most hard-measured B2C service as it holds the future prospects of young people in its hands. The student's success is key in both the short and long run of an educational programme, therefore the outcome is key.

EdTech Companies are held accountable for the success of their students, especially concerning tutoring and exam prep platforms. Parents would not tolerate poor results as it can have dire consequences such as losing a year or a seat at a premier college.

This premium time and career translate into premium pricing that is inelastic too. At the same time, the ability of EdTech to deliver results is paramount. For example, the acquisition of Aakash by Byju’s was, arguably, more for the results legacy that is claim-able than for the topline.

Another important outcome to observe would be the profit and cash-generating unit that understands unit economics and delivers high-touch services in different geographies.

Many a time, these are considered as a given and hirable from the marketplace. That may not be true at all. The top draw leadership team that inspires teams and leads from the front by doing hands-on innovation and role modelling is more important than ever. Tech skills are now as much needed as the skills of driving or doing excel sheets for an adult. The lines between functions have blurred.  Imagining technology to disrupt one’s own function and work is not the job of a technologist as that of the business/functional leader.

Growth, Margins, and Return on capital are the real, sustainable performance indicators that have to be mastered by any EdTech venture to be standing at the end of this period of excitement and discovery. The incumbents who adapt themselves and re-invent themselves do have a great chance of standing there. Unit economics, free cash generation, a healthy return on equity or capital employed will occupy as much a centre stage in EdTech board rooms as that of a listed entity. Of course, some elbow room and a long runway are currently the norms. This will get tighter as greater disciplined execution will be sought by the investors once the froth settles down.

The ability to take a student from 'aspiration' to 'result' is hygiene. The functional leader of a business has to don the hat of a technologist along with their business role. G-M-R is crucial for prospective winners - eventually, this will turn out to be the key success factor that will bring out the real players in the market.