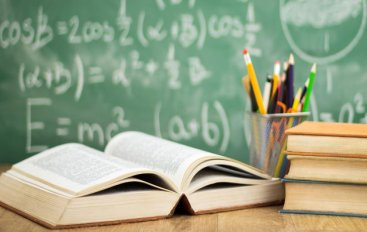 How well would it regulate state institutions?

The need for value education and skilled-based knowledge is the most powerful tool, which developing countries like India need to arm and equip their young workforce, who are the future of the country and have to take on the global developments and challenges to stay competitive. Given the fact that India has one of the youngest populations in the world, there is an urgent need to restructure the current education pattern to make it more realistic and relevant to the requirements for a skill-based education by creating a mass pool of skilled and highly skilled workforce to take on global challenges.

HECI, the new commission will supersede the University Grants Commission will cover all areas of education excluding medical and institutions set up under the Central and State Acts. It aims to put across government’s higher educational programmes on the top gear, autonomy and provide affordable education for Indian students.

As claimed to be a key education reform by the government, the Commission would be established through an Act of the Parliament but will not have financial powers to grant funds like UGC and will focus on the quality of academics in higher education institutions across the country. Funding powers to higher educational institutions would be vested with the Ministry of Human Resource Development (HRD).

The draft Act is in accordance with the commitment of the government for reforming the regulatory systems that provide more autonomy to higher educational institutes to promote excellence and facilitate the holistic growth of the education system.

Challenges before the HRD Ministry:

The diversity of regulatory bodies has always been an impediment to improving the governing framework in higher education. The notion of a single regulator once fructified, will immensely help higher educational institutions. But the real test will be to give this new body a structure, organization, system, and procedure to make it more effective than the existing ones. This calls for a comprehensive understanding of the role that an effective regulator is expected to play and a thorough analysis of the causes of the apparent failure of the existing regulatory bodies.

The belief that the existing regulators suffer from design defect to manage with the current and future challenges in higher education is only a part of the story; organizations may also fail due to the people they included and also because of the procedures through which they function.

In case the new regulatory body also land up in deficiencies, as is the situation at present, it would be detrimental for higher education in the country. UGC, the current regulator for higher education institutions since its establishment in 1956 has failed to address the rapid fluctuations in higher education, mainly in the areas of practical and professional higher education, open and distance method of learning and teacher’s education. To overcome the deficiencies in UGC, new generation regulators like AICTE (All India Council for Technical Education), NCTE (National Council for Teacher Education) and DEC (Distance Education Bureau) were established. The experience, though, tells us that these newer bodies did not prove to be any better either, if not worse.

In spite of some ostensible infirmities, the proposed Bill shows the resolution of the government to move forward in improving the sector. There are many questions that remain unanswered. If the community spending in the segment continues to float around the present level of over 1% of GDP, in contradiction of the least requirement of 2%, it to continue to plague higher education institutions.

Universities need to be made the centers for scientific and technological research, returning the value of education in social sciences and the humanities, safeguarding the interests of poor and worthy students, who cannot afford higher education. There is also a need for refining the quality of training to improve the employability of the students and make them highly skilled besides ensuring there is no faculty shortage.

It has also been found that many organizations of higher learning are started by leaders those who have ruled the country, with their narrow interest. This has led to the danger of dividing the society farther in terms of cast and religion. HECI will have to find a way out to address this and stop institutions from discriminations. HECI should not be involved in micromanagement. The immediate consequence of granting financial autonomy will mean an increase in fees.

Education, especially higher education empowers the youth to participate in the development process and share the benefits of economic growth. Education bridges the socio-economic gaps.   Increase in fees will deprive meritorious students, who belong to marginalized sections of society and lower middle-class families from accessing higher education. This will increase the socio-economic gaps and break the social harmony and also hurt the economic and social development of the country.

Will HECI be a game changer?

The draft Act for establishing the HECI states that its first purpose is endorsing the quality of educational instruction and care of academic standards. This is exactly where the most intimidating policy tests are. Unfortunately, this is also where higher education strategy seems to be stuck in a deeply disabling metric of dimension. There are no fixed parameters to map and identify deficiencies and sub-standard education in higher educational institutions, which needs to be worked out as per the international norms of excellence.

Thus the efficiency of the new controlling body shall meaningfully depend on its aptitude to abridge rules and do away with needless circumstances and damages in the entry and operation of higher educational institutions. In view of the rising indication to the fact that the superiority of higher education is always inversely proportional to the strength of regulation, it must authorize universities and higher education institutions to take their own decisions related to academic, administrative and financials, albeit with a sense of slide and accountability. The final objective of the rule should be to build institutional capacity and efficiency to reach and uphold the highest academic values and quality.

With the speedy rise of the private sector in higher education, the current regulatory instrument has become quite dull. The need for higher education will always be there and is the very crucial component too, thereby making it authoritative for the new controller to change and contrivance a norm-based funding. Further, the new controlling body must understand that higher education being in the concurrent list, the state government too plays an important part in the growth of higher education and they must be vigorously involved in the development of the new regulatory framework. The target of capitalizing six percent of Gross National Product (GNP) on education, based on the reference of the Kothari Commission (1966) remains indefinable.