Written Ability Test (WAT) is one of the most commonly used formats to shortlist students for final selection post undergrad entrance tests. Read more about the possible topics that could challenge you this WAT. How to choose Coaching Institute after 12th Boards for Aptitude Tests 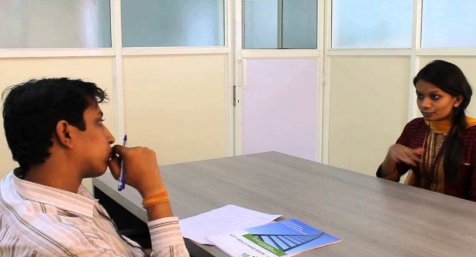 How to Ace Personal Interviews for Selection to Undergrad Courses

Written Ability Test (WAT) is one of the most commonly used formats to shortlist students for final selection post undergrad entrance tests. While the first level of short-listing is done post the respective entrance tests, the final selection often depends on a series of rounds. A Personal Interview is held almost everywhere. Some colleges give some weightage to class XII percentage, or even extra-curriculars. Many conduct Group Discussions (GDs).
There could even be rounds on Group Exercises. And then there is the WAT which is particularly popular with the esteemed Symbiosis University.

WAT at most places, is nothing but a short essay writing exercise. Usually, three to four topics are given to students who need to select one and write about it within the give time frame typically from twenty to thirty minutes. The word limit is usually fixed between six hundred to eight hundred words.

The topics chosen could be broadly of two types. The first variety is based on current affairs of events held over the past twelve months. This includes topics from politics, economy, business, environment or international affairs. For students seeking admission to management courses, business and economy are given greater importance. For law aspirants, legal cases or role of judiciary assume greater a role. The second variety for WAT topics would be abstract ones based around topics of general importance to all. A lot of these topics might appear extremely easy on the first look but are much trickier to attempt.

Following is a list of important current affairs based topics, we feel could be relevant from WAT perspective this season:
I. Could Brexit prove to be a Boon for India?
II. Could Donald Trump’s ascendancy as US President signal all gloom for the Indian economy?
III. IPL is celebrating 10 years: How has it really helped sports in India?
IV. GST: A Tax to end all Indirect Taxes. How will it benefit the Indian economy?
V. Will road safety improve as a result of the Supreme Court’s decision to ban all bars within 500 metres of national highways?
VI. Should the Odd-Even Policy for cars on Delhi roads be brought back?
VII. Should India feel dejected if she is not granted NSG membership?
VIII. Rohit Khandelwal wins Mr. World. What does it signal for the fashion and beauty industry in India?
IX. Should India stay away from climate change mitigation deals as they hurt India’s development?
X. India is placed 130th in the World Bank “Ease of Doing Business” Index. How can we improve this ranking?

Following is a list of important abstract topics, we feel could be relevant from WAT perspective this season:
I. First Impressions are Last Impressions.
II. Climate Change is a Hoax.
III. Clothes make the Man.
IV. A healthy Body dwells in a Healthy Mind.
V. Rote Learning has spoilt education in India.
VI. The Lure of Going Abroad has reduced among Indians.
VII. Higher Education is simply a Business nowadays.
VIII. The restaurant industry encourages waste.
IX. The Ends Justify the Means.
X. Hard Work v/s Smart Work.