On November 6, the SIT had filed a charge sheet in both the rape and extortion case. LSAT 2021 Exam Date Scheduled; To Be Conducted From 29th May In Online Mode 7 Habits Every Law Students Must Adapt 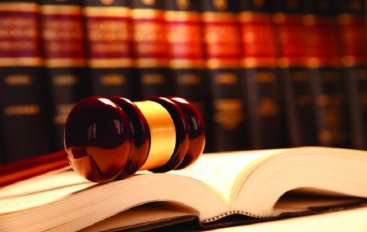 Trends Aspiring Legal Professionals Should Watch Out For In 2021

The woman law student who had accused former Union minister Chinmayanand of sexually harassing her disowned her statement before a special court in Lucknow on Tuesday.

In an earlier development, the Supreme Court had on Thursday set aside an order of the Allahabad High Court which allowed former BJP leader Swami Chinmayanand, who was accused of raping a law student in Shahjahanpur, to access a certified copy of the victim's statement. A bench of the apex court, headed by Justice UU Lalit, had held that Chinmayanand can't get access to the complainant's statement to the magistrate under Section 164 of the Code of Criminal Procedure (CrPC) during the investigation.

The apex court's order came on a plea of the law student in which she had challenged the Allahabad High Court order dated November 7, 2019, which held that Chinmayanad was entitled to get a certified copy of the statement of the victim recorded under Section 164 CrPC.The top court had earlier granted an interim stay on the order of the High Court.

The Allahabad High Court had on December 6 granted bail to the law student, who along with three others, was charged for trying to extort an amount of Rs 5 crore from former union minister Swami Chinmayanand.

The matter had come to light when the law student levelled rape allegations on Chinmayanand following which the latter filed a case of extortion against the girl and her three friends, namely Sanjay, Sachin, and Vikram.

On November 6, the SIT had filed a charge sheet in both the rape and extortion case. Chinmayanand, who is accused in the rape case, is still lodged in jail.