NITs Should Focus On Innovation In A Big Way: Vice President

The Vice president said that as the country is prepared to cut red tape and lay the red carpet for the world,it needs to focus on simplify and make procedures transparent. 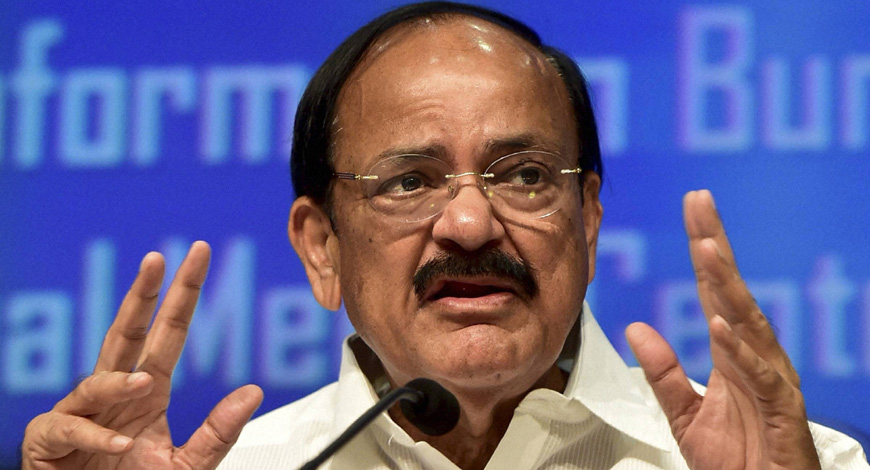 Innovation is no longer a luxury but a necessity for a country like India and institutions like NITs should focus on innovation in a big way, Vice President M Venkaiah Naidu said on Monday. Mr. Naidu, who was speaking after inaugurating the Diamond Jubilee celebration of National Institute of Technology (NIT) at Warangal in Telangana, appreciated the institution for its initiatives to promote technological and scientific research. The Vice President insisted that technological institutions such as NITs focus extensively on innovation.

Innovation should be the one mantra that leads the institution forward, he said. He remarked that innovation was no longer a luxury for a country like India, but an urgent necessity, an official release quoted him the Vice President as saying. Observing that the country is committed to building "a five-trillion-dollar economy by 2025", he said the India growth story has taken the world by surprise and that a number of foreign businesses wished to invest in the country.

The country needs to go on an 'innovation overdrive' for the growth to be sustainable, he said.

"The innovation should keep the coming 20 years in mind and it should also be clean and green", he said. "Innovations help in combating corruption and pilferage of subsidies. Innovation makes it possible to overcome the most pressing problems of our time efficiently and effectively," Mr. Naidu said.

The Vice president said that as the country is prepared to cut red tape and lay the red carpet for the world, it needs to focus on simplify and make procedures transparent.

Mr. Naidu emphasized the need for institutions like NIT to have linkages with industry, as well as with its alumni. He said that in the present era of growing materialism, education was a must to lay the foundation to build a society rooted in strong values and morals.

The Vice President hoped that engineers passing out of premier institutions like NITs would use their knowledge and capabilities to address societal problems related to drinking water, health, transportation and education to improve the lives of people, especially in rural areas.

Noting that Warangal had a very unique character for being a 'smart city', as well as a heritage city, he said the story of the city urges society to embrace modernity, but hold on to the good things that the country's ancient culture and traditions teach.