"Those who have the knowledge, don't predict. Those who predict, don't have knowledge. " --Lao Tzu, 6th Century BC Chinese Poet 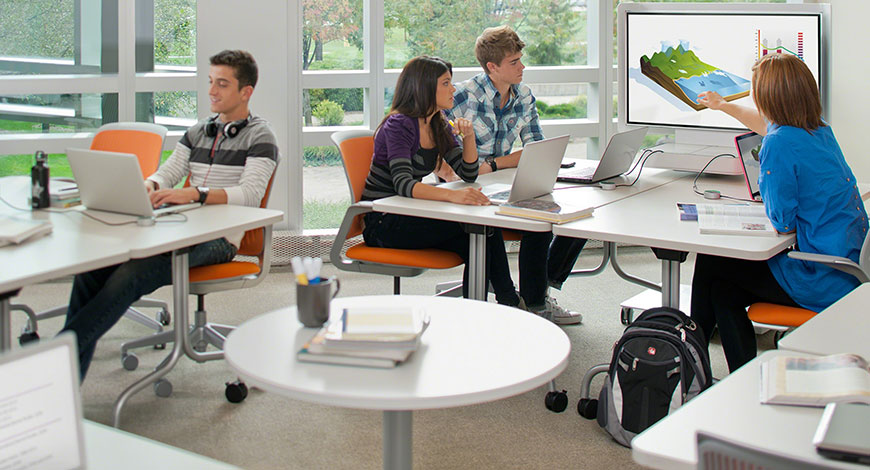 Organisations that are traditional in nature are constantly engaged in planning, executing and controlling, which is linear. Perhaps, this is acceptable when the business environment can be somehow foreseen and forecasted. To continue, traditionally, the game is not to lose, replicating the past and being in complete control. On the contrary, in today’s VUCA world, this is not possible as most unknowns and old methods of accessing the past and developing patterns may be catastrophic. The mindset towards a discovery and exploring the unknown is important while creating and traversing a new territory is must as per McKinsey, 30 April 2018.

To navigate the future, new tools and approach to learning are to be embedded in organizations as detailed in Part I of this article. In this article we look at the impact of future on one of India’s globally competitive industry, its casting & forging (C&F) industry, which is world’s third largest, is about to be affected. Interestingly in 2016, over 60 % percent of the global forging market has been held by the automotive segment in terms of volume, which uses most of the C&F products. Can we connect the challenge?

Today India’s casting & forging (C&F) industry is looking at a disruptive future, not because of an onslaught of any revolutionary business model within but the turbulence to its client industries, especially the automotive industry. Automotive industry consumes 50 percent of Indian C&F output and is a significant part of India’s $11bn. component exports. The automobile industry depends on metal castings, from the engine to transmission to the brakes using ferrous, nonferrous metals and its alloys.

Countries are seeking to meet targets as per the Paris agreement, while the market for Electric vehicles (EV) is about to climb forward. There is a strong possibility of the existing market being hit by 50% by 2030. EV market is pushing hard the battery technology, which is likely to improvise substantially. This will affect the viability of many industries, which supply components and assemblies to OEMs like Suzuki Motors such as C&F industries, as EVs require fewer components. As EVs emerge as an alternative to conventional fuel automobiles, a crisis will emerge for the C&F industry. EVs require fewer C&F products as engines; thus transmission and other parts will no longer be required. The picture at present is clouded as there are several forecasts as to the future of EVs. One forecast from British Petroleum (BP), a leading petroleum company is that electric vehicles are going to grow exponentially, currently from 3 million vehicles globally to around 300 million by 2040.

The trend away from the combustion engine and towards alternative drives has inevitable effects on the demand for die-cast parts: While a combustion engine contains approximately 220 of those parts, only about 25 that is, only one-tenth of them are needed for an electrical drive. These are crankshafts, hubs, injector systems, camshafts, bearings, gears, transmission system, drive axles, suspension springs, and more.

Even in EV, the picture is cloudy. Would the future of battery electric vehicles (BEV) share rise considerably than that of the plug-in hybrid electric vehicles (PHEV) and full hybrid vehicles (HEV) combined? Electric vehicle (EV) battery prices are falling faster than expected and consumer cost of ownership could reach parity with an internal combustion engine (ICE) as early as 2018 in Europe. Forecasts for EVs are revised upwards as its technology is improving promising longer range and shorter charging time in the near future. In the meantime, the list of countries imposing regulation or even banning ICE vehicles is getting longer. The Netherlands and India (since withdrawn) have just recently announced a complete sales ban of ICE vehicles from 2025 and 2030 respectively, while China and EU have a sales quote system on the agenda for PHEV and BEV.

If indeed the next generation of BEVs will have a range of 400+km, charging times of about 15 minutes and cost parity with ICE engines is met due to falling battery prices, the penetration of BEVs will increase rapidly. Looking at the latest projections from 24 different automotive forecasting institutes and tier suppliers a worldwide BEV penetration of 6.86% (range between 2% - 15%) is expected by 2025 growing to 18.56% (range between 5,75% - 34%) in 2030.

BEVs are expected to shed around 35-40 kg’s of cast aluminum within the powertrain area compared to an ICE vehicle. Even cast aluminum is under pressure from other materials like Aramid reinforced plastics that have replaced zinc and aluminum die casting used for small parts such as belt tensioners, filter housings or brackets, etc.

The combined effect of technological, regulatory and policy environment of EVs presents a hazy picture for the future of C&F industry. There is no ambiguity in the replacement of ICE with EV in the long-term future that is 10 years or more. This is not so in 1-10 years of the forecast.

The commercialization of any innovation is not easy and therefore India’s EV sector too is facing roadblocks. The formulation of the policy framework to allow such commercialization needs several aspects to be considered by the Government. The electric mobility is taking longer time and many aspects are unclear. Formal efforts to introduce electric mobility in India began in 2013 with the National Electric Mobility Mission Plan (NEMMP). NEMMP has predicted 6-7 million EV’s/HEV’s on the road by 2020. In April 2017, there was an announcement that not a single petrol or diesel vehicle would be sold in 2030. Thereafter, automakers were cautioned, “move to electric vehicles or else...” Automakers wanted a policy roadmap and the government seems yet to be working on it. However, much has to be done in terms of policy as there are regulatory uncertainties. Technology scene is misty too! Whether EV adoption will be through HEV or straight to BEV?

This has left carmakers even more confused. If automakers are confused, would C&F sector be far behind? The worst sufferers will be Small & Medium Enterprises such as clusters in Kolhapur and Rajkot. If EVs come to dominate the roads, smaller foundries may not survive. C&F intensive areas like Kolhapur are dotted with SMEs which provides output to a number of industries, but a large number of units make forgings only for automobile companies. Over 90,000 people are directly employed in Kolhapur, foundry industry.

To sum it up, a long-term future that is 10-15 years is definitely in favor of EV and C&F. The companies should initiate deep thinking, keep track of global and Indian developments and start collecting hard data. The short-term future that is 1-5 years is safe with ICE, but this should not make the companies complacent. The Indian castings industry that supplies critical components to the automotive sector is expected to experience a double-digit growth of 10-12 percent in 2017-18 compared to the single-digit growth of 7 percent in FY2017-18.

They must start to move towards diversification 3-5 years from today. The diversification can take place in casting for electronics & aerospace including unmanned aerial vehicles & drones, energy casting - parts for power plants, oil & gas as well as steam, gas, water & wind turbines. In addition, mining, food, paper, chemical industry or defense supplies which will all see a high growth in the future. They must also start increasing their share of exports as markets in Africa and Latin America are scaling up due to regional trade agreements. They should also start migrating towards aluminum casting which will take a larger share in the future but will require different skills such as machining. Increasing use of cast aluminum for structural applications will more than offset a possible declining demand for powertrain applications. In Europe, the demand for structural cast aluminum applications increased by around 65% in 2017.   Some can still look into compositions of magnesium, titanium, aluminum, white Bronze, copper-tin-zinc Tri-metal and other superalloys, small volumes but the high value which gives high dimensional tolerance, and other mechanical properties.

The transition will require the change in mindset to be fast and agile in the marketplace. This may require smaller companies to come together in the form of competition, cooperation, and co-opetition. They should pool resources now to develop new products, technologies as well as capacity for skilling, move towards Industry 4.0. Coimbatore Forging Association has already made its initial move by establishing a Product Development and Skilling Centre with assistance from State & Central Government.

With a steady decline in cost and followed by incentives offered by the government, the shift is likely to be for EV’s. One side of generation, which is moving towards clean tech and the sustainable environment is also like to be the triggers for EV growth. These can be seen as signals or soft trends, besides the hard trends.

According to Boston Consulting Group’s 2017 report, the original equipment manufacturers (OEM’s) and their vendors must visualize in two areas. There will be an upward movement for EV’s from 3 % as of today and projected to 50 % around 2030. There shall be an additional increase for BEV’s that might grow to around 14%. Regulatory changes as a hard trend will impact the market, along with the consumer shift on account of economics. Thus, are the firms ready in terms of the strategic insight for managing their product, manufacturing lines and their transition in times of uncertainty? Do they have control over their anticipated chaos?

The future may look very uncertain today but should start clearing up within a few years. The future does not come very fast, even for disruptive industries. It only comes suddenly to those whose eyes are not peeled on the future and are not preparing for unavoidable VUCA situations.

* Dr Manoj Joshi is also the contributor of this piece - Dr. Joshi is a Fellow Institution of Engineers, Professor of Strategy, Director, Centre for VUCA Studies, Amity University, with 26+ years of experience in industry & research. He has authored 40+ articles, co-authored two books “The VUCA Company”, “The VUCA Learner” and is also on the Editorial Board of several international refereed Journals.