The education sector should be deregulated to allow international universities to enter the market, such that they can implement innovative methods of education that train students to be more employable. 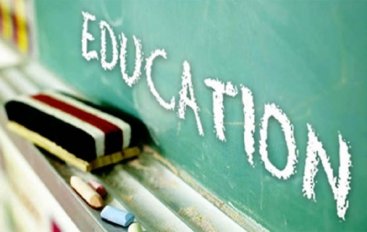 Why Classrooms Are Increasingly Becoming Irrelevant

Unemployment befalls when an individual who is searching for a job is unable to find work. It is often used as a measure to decipher the health of the country’s economy. The unemployment rate in India rose to 23.5% in Apr 2020 from 7.2 percent in February 2019, the highest since September 2016, according to a survey conducted by the Centre for Monitoring Indian Economy (CMIE). Of this the jobless rate in urban areas was recorded at 8.65 while in rural areas it is at 7.37 per cent.

The Indian economy has not done so well in the last two years, regardless of claims that the growth figures in the last few quarters were better than it was in 2013. The harsh reality is that the economy has been in stagnation. The cause of the economic slowdown is claimed to be due to the dearth of demand in the market. Private investors held back on new ventures and existing players did not expand because of the hunch that there was no demand.

In the current pandemic situation, the world has been caught ill-prepared to deal with a crisis of such high magnitude. People have restriction in movement and have been forced to stay indoors and most importantly they have been robbed of their jobs. According to the Economic Survey 2018-19, 93 percent of the Indian workforce operates in the informal economy. Given the inadequacy of social security, and irregular and uncertain income, it is highly unlikely that these individuals have any buffer resources to stock up and provide for themselves for unforeseen and drastic contingencies like the COVID-19.

Unemployment rate is highest among youth with education until diploma (37%), graduate (36%) and post graduate and above (36%), suggesting the lack of opportunities for a higher skilled workforce, based on a report by Kotak Institutional Equities. This has been considered a ticking timebomb with approximately 50% of India’s 1.3 Billion population being below the age of 25 years. However not all hope is lost, as there are some ways to tackle the issue of unemployment.

Self-employment by organising the youth into self-help groups, by socially mobilizing, training & capacity building and providing income-generating assets via a mix of bank credits and government subsidies. Credit is one of the most vital inputs in the process of development for creating employment opportunities. If stringent credit laws are eased and reduced it would create opportunities for SME’s to grow and create more employment opportunities.

The education sector should be deregulated to allow international universities to enter the market, such that they can implement innovative methods of education that train students to be more employable. The Indian education system believes in the one-size-fits-all philosophy. One of the biggest reasons for this is that the youth are not encouraged to explore different vocations. The education system here lays a strong foundation for the sciences and mathematics, but it fails to make provisions for individuals who may not have the interest or the aptitude for these subjects. The individuals who do have the ability and interest for these subjects will thrive, while the ones who do not, could end up without a job and frustrated.

The world is changing so rapidly that it will bear scant resemblance to what it was a few decades ago. The planet and society will change now more than it has in all of human history. So, we need to prepare ourselves for where the world is headed rather than where it is.