This partnership was initiated by the Chairperson of FICCI FLO Mumbai Maloo Natarajan who says 'entrepreneurship among women can deliver social and personal transformation'. 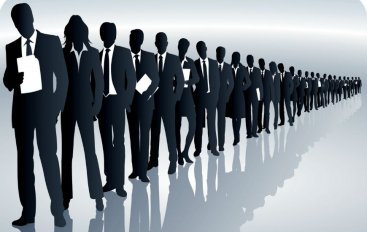 Bharatiya Vidya Bhavan’s SPJIMR, a business school in India, along with FICCI-FLO Mumbai, the ladies organisation of industry body FICCI, today jointly released a ‘White Paper’ titled 'Women Entrepreneurship in India – Navigating the Social Paradoxes'. The paper was released at the hands of Niti Aayog CEO Amitabh Kant during an award function - ‘The Game Changers - Women Start-up Awards 2021’ organised to recognise and felicitate women entrepreneurs. “The next big disruption in the Indian start-up ecosystem will be driven by women-led entrepreneurs” says Amitabh Kant, CEO, NITI Aayog as he formally released the paper.

Globally there are several conversations on the role of women entrepreneurs in the progress of countries. However, India needs to understand this space better. According to the latest Global Gender Gap Report presented at the World Economic Forum 2020, India ranks as low as 149th amongst 153 countries. It has been estimated that if India maintains its progress toward gender parity at the same pace as a fastest improving economy, it could add $700 billion to its GDP by 2025.

The objective of the research was to understand challenges faced by women entrepreneurs in India and to cull out recommendations for policy makers, industry bodies and academia. The study included 20 in-depth interviews, extensive surveys with over 100 women entrepreneurs pan India and was stitched together with academic research. The report has given recommendations on the three key dimensions of self, role of family and business ecosystem.

This partnership was initiated by the Chairperson of FICCI FLO Mumbai Maloo Natarajan who says 'entrepreneurship among women can deliver social and personal transformation'.

Revealing from the study Dr Sumita Datta, SPJIMR, further explained that “women entrepreneurs tend to be driven by a higher purpose of serving the needs of the society”.

The report suggests that despite several initiatives announced by the government to bring women in the larger business ecosystem, women entrepreneurs continue to face a negative bias.  In fact, the title ‘Navigating the Social Paradoxes’ was chosen because “our study suggested that women entrepreneurs face invisible challenges that stem from the social hierarchy of our society ” explains Prof Ratika Gore, SPJIMR.

Going deeper Dr Rajiv Agarwal, SPJIMR revealed that “the relationship with stakeholders and family can either be the biggest enabler or the greatest challenge for the rise of women entrepreneurs in India.”

Prime Minister Narendra Modi government has announced various initiatives and programmes such as start-up India to encourage women entrepreneurship. However, study suggested that the awareness of and access to such schemes needs strong focus. Women entrepreneurs need to be scaffolded with initiatives that promote acceptance into relevant networks, easy access to the right finances and new knowledge that includes use of technology and digital platforms.