The court noted that it is very pathetic to conduct classes for nursery and lower grade children. The matter is further posted for July 3. 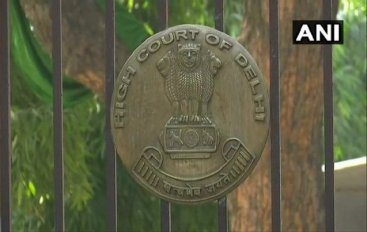 The Telangana High Court on Wednesday issued notice to Telangana Education Department and state government asking about the policy decision on online classes.

"Telangana High Court on Wednesday pushed for a ban on online classes in private schools. The suit was filed by the Hyderabad School Students' Parents Association. The Petitioner's counsel brought to the court that it was illegal to start classes without starting the academic year," read a statement by the Hyderabad Schools Parents' Association. It further stated that the counsel explained that there was serious injustice to poor students with online classes. "Will everyone have the financial burden of buying laptops and smartphones? The High Court queried on this occasion. The advocate for the government has brought the matter to the attention of the DEOs. The High Court has issued notices to the state government that the government has not made clear policy on online classes," it added.

The Court has made observations on the plight of financially deprived students. The government pleader notified of no decision or guidelines issued regarding online classes. The court made an observation that the petitioner has rightly pointed out the plight of parents having more than one child which has put the additional financial burden and also the children are made to sit with full uniform for online classes.

Further, the proceedings assured that no online classes should be conducted and if any online classes are conducted to collect the fees in contravention of government order, parents should inform the concerned District Education Officer and the DEO shall take appropriate legal action on the schools which are violating the order.

The court also noted that it is very pathetic to conduct classes for nursery and lower grade children. The matter is further posted for July 3.

The petition prayed that the Court may be pleased to direct the respondents to legal action against the private schools for conducting online classes and for collecting term fee, admission fee, developmental charges, library fees, extracurricular activity fee, transportation fee instead of only monthly fee in violation of government order dated April 21 to access online classes.