A chat-based platform, funDoo, has been developed on WhatsApp and Facebook Messenger that aims to enable young learners to skill themselves and face a rapidly changing world. 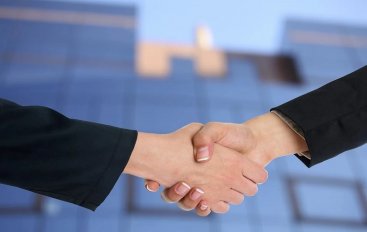 UNICEF India in collaboration with Udhyam Learning Foundation (Udhyam) and YuWaah (Generation Unlimited in India) have launched a fun and engaging way for young people to learn 21st century skills. A chat-based platform, funDoo, has been developed on WhatsApp and Facebook Messenger that aims to enable young learners to skill themselves and face a rapidly changing world.

Through this platform, youth aged between 14 and 24 years, especially those who do not have access to holistic, quality learning and skilling opportunities can equip themselves with relevant skills for life and livelihood at their own pace. The program is free of cost and can be accessed only with the help of a smartphone. These 21st century skills include self-awareness, collaboration, communication, critical thinking and problem solving, which are best learnt by doing real-world activities. funDoo’s pedagogy is based on experiential learning methods. The bot is a friendly companion that encourages learners to complete real-world tasks in their immediate environments - all the while ensuring that the learning journey is fun and rewarding.

Speaking about funDoo, Dhuwarakha Sriram, Chief of Generation Unlimited, Youth Development & Partnerships, said, "The funDoo platform marks a critical step in UNICEF and YuWaah's efforts, in collaboration with the Udhyam Foundation, to reach and work with young people at scale. Moving forward, it is going to be critical to ensure a focus on the most marginalised that may not have top end smartphones or access to unlimited data, in our efforts to facilitate young people's access to skilling opportunities and through funDoo, we aim to ensure that no child or young person is left behind."

Commenting on this initiative, Mekin Maheshwari, Founder, Udhyam Learning Foundation, said, “We are excited about building a self-learning platform which is fun and engaging for young people. This happening on WhatsApp and Facebook Messenger makes it accessible to almost everyone with a smartphone in India. This gamified platform challenges youth to do progressively complex tasks, while providing guidance & nudges.”

Speaking about this initiative, Abhishek Gupta, Chief Operating Officer, YuWaah (Generation Unlimited India) who has been passionately committed to the program from the get-go, said "We are excited about the potential of 21st century skills reaching more than 300 million young people in a super-interactive and fun way. funDoo builds on half a decade of UNICEF's work and the passion of the founders of Udhyam team to help young people achieve their potential."

In less than four months, funDoo has onboarded more than 21,000 young learners and aims to reach out to 2 million users in the next one year. The pilot has shown that 48 per cent of users are males and 52 per cent females with higher task completion rate by females. 88 per cent of users, the significant chunk is between 10 and 25 years spread over 37 Indian states and UTs, with the top four being Punjab, Uttar Pradesh, Chhattisgarh and Delhi.